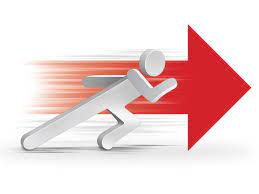 Today was meant to be a reprieve from a tough May Challenge of running and merkins.  Unfortunately, that meant a heavy dose of butt-grinding, ab-smashing goodness delivered right from the 36 ab exercises found via a quick Google search.  Everyone had chosen to Accelerate in their Fitness just by showing up.  Accelerating doesn’t have to mean running more every day, it’s just about being purposefully engaged in getting better…in your fitness, diet, stretching, and overall wellness, but it applies to other areas of life outside of fitness.

After welcoming our 3 new FNGs (one FNG even invited another FNG!), YHC announced the Five Core principals, pausing to note that “Free” was first and “Held Outdoors” was second to note the low barrier of entry.  The mission statement and rally cry were recited, and the troops were ready for battle.

We took a short mozy…like about 10 yards.  Now known as a “Pudge Mozy.”  This was followed by a brief COP to get the abs ready.  A short disclaimer about cushy-tushies was suggested.  At this time, we found out who had 18 year old military abs and who didn’t.  Bing seems to have regressed on his ab training since GrowRuck.  Olympus seemed to be cruising past the standard of 55 that are needed in basic training.  Everyone pushed to their limit.

The balance of the workout consisted of doing 20 reps of 6 different core exercises followed by a lap to the stop sign and back.  Papa Smurf threatened not to come back.  This was done 6 different times.  Even Stagecoach welcomed the running as a relief from doing ab work…if only for a minute.

The abs will remember this morning for a while, but Accelerating in the 2nd and 3rd F’s looks different.  How are you accelerating in your relationships with your M, your 2.0s and your friends?  Are you living selflessly and building them up?  YHC cheats with a reminder daily that says, “Say something nice to Lori.”  Seems cheeky, but it works.  Do what works for you.

How about your faith?  Try joining a Bible reading plan with Sir Wallace or Brutus.  Brutus’ plan is being Intentional in your Marriage.  If you don’t think you need it, you need it. Connect with them, or me, if you want to join one.

It was great to see Mr. Clean show up.  He committed to getting back.  For those that don’t know, he did the Murph, then showed up for cycling and had a bad accident.  He didn’t join the workout, but was there for COT and stayed for the Q source session after.  That’s a HIM living his commitments.  Well done.

There were lots of prayer requests…Jimmy Dean’s friend, Wolverine’s daughter, YHC’s father-in-law, Drake’s family, and of course, Mr. Clean.  Praise that Mr. Clean will heal stronger and that Pincher wasn’t hurt in the crash.  Honored to lead this morning and that you’ve entrusted me with so much more.