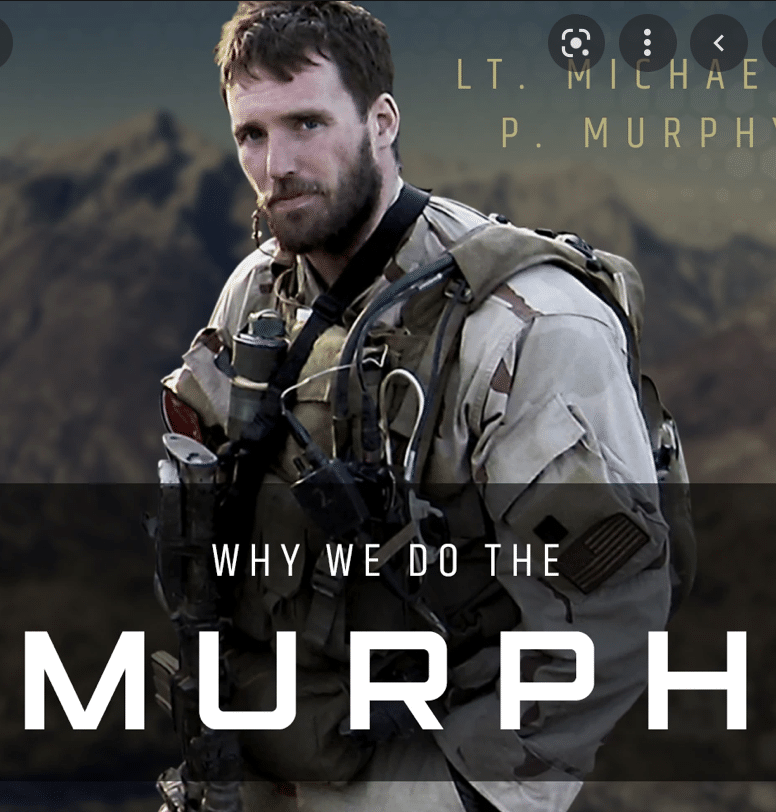 A beautiful morning at Adventure Park.  A good time to remember what this day was all about.

At promptly 7:00 a.m., Ripken started with the 5CP and sent the Pax off on a mozy.  His foot is ailing so he met them at the playground.

We did 4-5 warm-up exercises in cadence and Jimmy Dean led us through some bad back stretches.  Good for the soul and the back.  We then joined in a Switzer.  During the standup announcements, the workout was announced and then we started with the Star Spangled Banner.

Each Pax did the Murph OYO (Run a mile, 100 pull ups, 200 Merkins, 300 squats and run another mile).  Many modified, but worked through it.  Several guys picked up the six.

At the end, we again formed a Switzer to which several announced fallen friends and family members.  We played Taps and held a moment of silence in their honor.

Announcements for Beach Day 6/18, VMA volunteer days in June led by Brutus, Pack meals for starving kids with Wilson TBD, Wildpax Nov 17-19 and signups for Ragnar Dec 1-3.  There will be a rucking team lead by Mr. Clean and a running team led by Fireball.

Thanks again to those that gave all.  You are gone, but not forgotten.