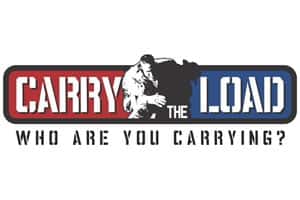 Disclaimer was shared along with the core principles and all were instructed that today’s beatdown was the first time YHC used a ruck.  A Dora will be executed with a partner with a ruck sack between the two.  But, we moseyed first.  With a lap around the Publix stopping 3x for various exercises.

Time for the Dora.  Partner up but inquire about weight of that partners ruck sack (some guys are loaded up more than others).  The Dora included the following:

Partner 1 starts the exercise while partner 2 runs to the second island with the ruck and performs 10x squats.  But the squats had a twist.

It was great to see folks like Cavalino, Goob, Posh, Olympus, Wolverine and Crabcakes under the ruck, even if they didn’t admit to loving it.

With time to spare, we took a mosey around the Publix parking lot with 4 stops, each one led by a various pax member.

The Grand Finale included a bear crawl to the second island with a sprint back.  After one final sprint, the clock struck 6a and we were done.

Moleskin:  Just as we did carrying the load during the Dora, it is important as brothers in the gloom that we look for a brother who we can help carry their load a bit.  Whether it just be a conversation, a lunch, or lifting someone up emotionally, spiritually or physically.  Find that shieldlock or brother who might need some help carrying the load/burden that they are currently carrying.

It is always an honor to lead this great group of men and I am thrilled to see many men showing up with rucks, but also thrilled for all of those willing to take my lead and use the ruck in the Dora.  I appreciate you all and appreciate you allowing me to take the lead.