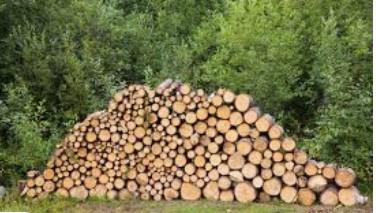 Beautiful Day in the gloom. YHC showed up ready to roll with log coupons for the beatdown. Confusion about was the Q. Bing was ready, but yielded (rightfully so) since my name was on the Q-Sheet and brought logs ready to roll.

5:15 sharp. Welcome and stated the mission statement along with the 5 core values.

5:17 repeated the mission statement and the five core principals, plus disclaimer since about four pax rolled in late, including 2 FNG’s

a quick count off revealed 15 pax in for the boot camp, which made a nice even 5 groups of 3.

The main event consisted of one of the three pax on a short 20 yard run to a woodpile, selecting a coupon and performing an exercise. then running back to his fellow two pax who had remained at the start line. Those two pax alternated between holding a plank and performing a core focused exercise. Each pax took his turn at the woodpile and this repeated for three sets.

One more added twist: The first team to complete its three sets would yell, “First In” and complete a burpee. when the second team finished it would yell, “Second In” then along with the first team perform two burpees. This repeated with the third and fourth teams. The fifth team back would yell “Six-In” (as they were the last team) and all pax from all teams would perform six burpees. Thus being first team back you were rewarded with an extra-credit of 16 burpees.

COT – a bit of variance to the norm today. Those with needs and concerns on their hearts showed it by a raise of hands for nearby loved ones and those they know who are not healthy. Then taking a knee remembering those who still lay in the wake of Ian.