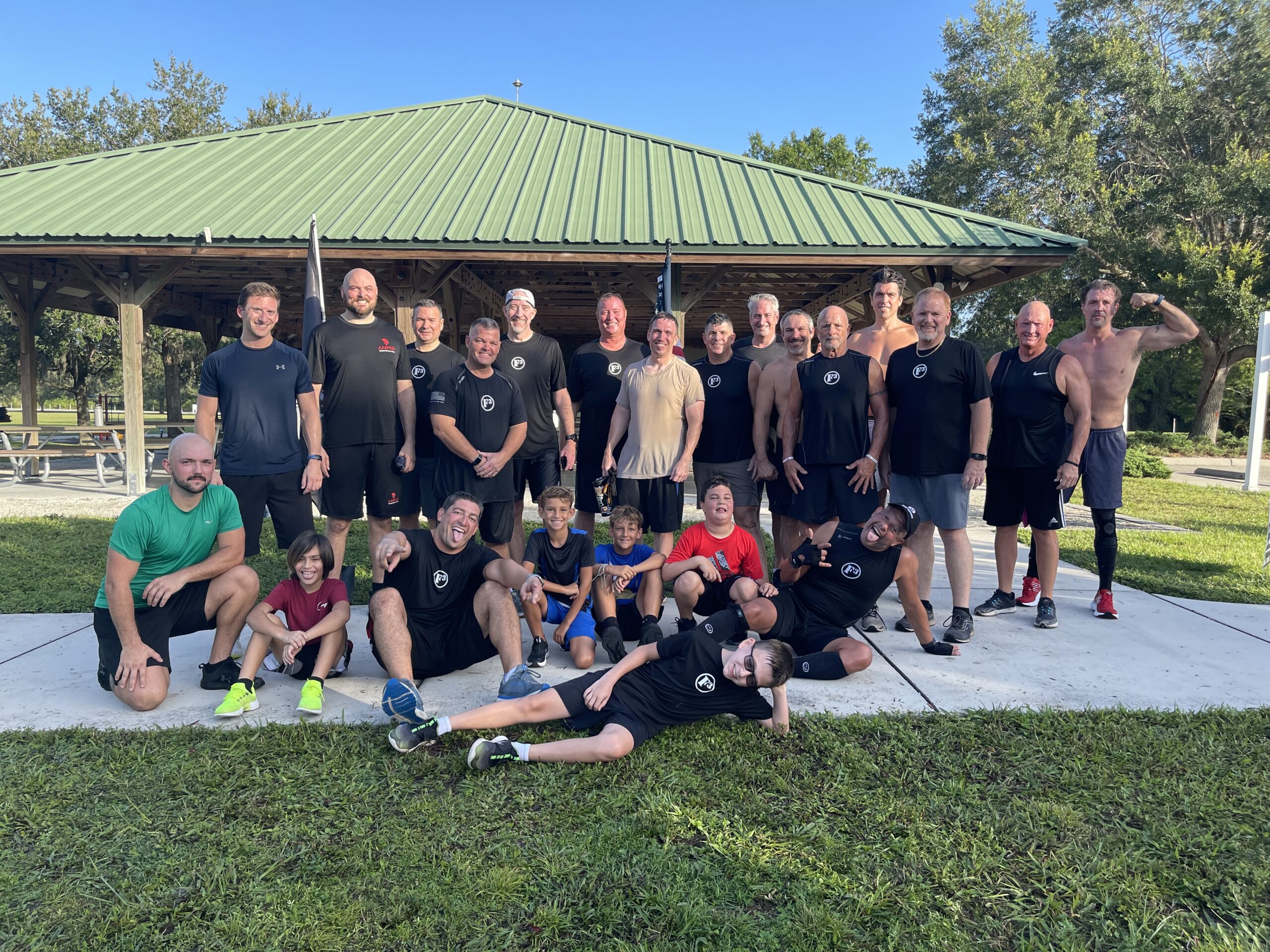 Today was a day to honor a fallen Pax from F3 Clearwater.  The men were introduced to the concept of a uniformed officer standing watch over a flag draped coffin..Today, we will honor Zamboni, a Vietnam Vet with a Plank Watch.  At all times, at least 1 pax will plank at the foot of the shovel flag to show respect to Zamboni and his grieving family. I am proud to say this was accomplished with 100% success as the men and 2.0s were eager to take their turn to honor him.

With a plethora of FNG present, the mission statement, core principles and full disclaimer were shared.

After a run around the parking lot with NUR, High Knees and butt kickers, we ended back at the roller rink for COP that included the following:

Pit of Misery – with so many burpees already done, 135 to be exact, YHC modified the pit to include Big Boy Sit-ups + 4 SSH IC + Lap around outside of rink, Plank for the 6.  This was completed for a total of 6 rounds until the bell rung.

There is so much to write about what took place during this bootcamp.  2 adult FNGS and 4 2.o FNGs, Soccer kids arriving to practice early to get warmed up by Big Mac after joining round 1, Dads of soccer kids being EH’d by AirWolf, YHC EH’ing the soccer coach, Pikachu seeing a challenge and jumping in feet first – then watching the 2.0s run back to pick up the six….and then the Plank Watch.  A truly. special honor, one in which was completed with 100% success, and even watching the 2.0s rushing to take their turn to honor a great man.

For these reasons, and many more, I am humbled to be a part of such a great region.  Thank you to all of the men who commit themselves to get stronger and hold the rest of us accountable in doing so.