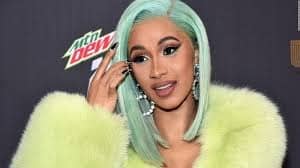 Weather:  Not bad for FL August morning, and if you like sleeping under hot, wet blankets when it’s 80-degrees.

Welcome: YHC greeted the pax at exactly 0515, barked-out the 5 core principles and a disclaimer that included “I assume you have consulted a medical professional before starting this workout regimen. If you accept the unlikely risk of harm, hurt, injury or death (real or perceived) please raise your hand high.” YHC then panned the group for any low-lying hands and also asked the pax to confirm that their neighbor’s hand was raised. YHC then let the group know that if they did not feel comfortable raising their hand, then please don’t participate in the beatdown. I’m sure that scared a few in the moment.

Anyway, away we went into the darkness for a mozey with high knees, butt-kickers, carioca, SSH, and Bolt 45’s as we made our way down to the North side of the tower.

An eerie calm was noted by Ripken, “It’s quiet. Is this the calm before the storm?” lololol, maybe!

Once to the North-side of the tower, the pax circled up for instructions. YHC had loosely “advertised” the beatdown as a workout featuring Cardi-B and her long lost sister type of thing. Well, the beatdown had very little to do with Cardi-B (she only has like 3 songs that can be played amongst wholesome men), but rather, the beatdown was all about Card-B’s long lost sister — Cardi-O! And meet her we did. She was a grade-A Cardio Skank (<—- t-shirt idea?).

The plan: a 23s – 7s HIIT with multiple rounds, each round culminating in hill-icides. Each round had 4 exercises to be repeated twice (2x 23s-7s) before moving on to the next exercise. YHC gave instructions on how to do some of the exercise that involved multiple movements or were not very common. Then the pax counted off by 2’s to define groups 1 and 2 for the hill-icides just to keep the hill from being too gridlocked and to give the pax a true and approved time to rest while the other group performed their hill-icides. Somewhat atypical for HIIT, YHC also asked the pax to “move something” (that is no complete rest) during the 7s recovery periods just to keep the heartrate up. Recommendations for recovery were arm circles, SSH, LBCs, squat pulses, etc. Once the Cardi-B (clean lyrics only) music began, it was game on. All seemed ready to roll.

Rounds were as follows:

We succeeded in getting through all 4 rounds + a bonus round that repeated of round 1 (without the Hill-icides as time lapsed).

We learned that Cardi-B’s long lost sister, Cardi-O, is indeed a skank. It was fun and all survived with no “harm, hurt, injury or death.” 😂🤣