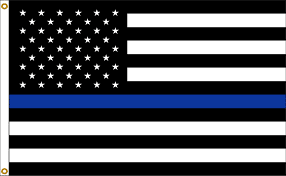 A beautiful day, it was.  Ripken, Pincher and Yamaha headed out for some pre-ruck work with coupons at 5:15.  Enron got in a pre-run for some EC as well.

Today’s workout was to be in honor of Hightower.  A young man who chased his dreams to become a police officer and then tragically lost his life in a domestic dispute.  His badge number was 374, and his Pax created this workout in his honor.

But first, after the 5 core principals were espoused, Ripken looked for agreement that Saturday workouts should be “family friendly,” for men to be able to bring their sons.  If growing leaders is to start anywhere, it should start with our 2.0s, and we must create an environment suitable for younger ears and eyes.  M-F is plenty of gloom to laugh at a saltier joke, or include pickle pointers and the Big Sexy in your Q.  The Pax agreed.  When/if you are called out, thank the man who did that.  Have his back if he strays as well.

The mozy had a little MSU (make “stuff” up), but the Pax soon realized that complaining got you nowhere.  We jumped on curbs, did some of the usual, added some merkins for May points and made a quick stop at the bridge.  The highlight was the bear crawl up/down/up/down the pond bank.  Fortunately the alligator was off looking for a mate.  Had he been there, he probably would have tried some Lobstah.

Finally it was time to honor Hightower.  All while wearing/using your ruck, if you had one.

After running to the fence, YHC decided that we needed to honor one more cop.  Somewhere, there is likely a cop that is going to die TODAY.  Maybe in California, maybe in our backyard, maybe in France.  We don’t know who he is, and he doesn’t know it’s his last day.  Yet, he’ll say “goodbye” to his family for the last time.  And he’ll selflessly walk out his front door today, and every other day for us.  For him, we re-did 25 reps of each exercise with no break.  The Pax decided that shouting Hightower to the cadence was more apropos than counting…it was powerful.

We ended with a little kickboxing.  You never know when the bad guy might come.  I don’t think you’ll be able to Side Straddle Hop him into submission, so we worked on some jabs and upper cuts instead.

In the book of Matthew, Jesus said “Blessed be the peacemakers for they are children of God.”  We focused today on Hightower and others that keep the peace.  May they be blessed.

Praises for school being out, and Sarah’s smooth surgery.

Prayers for Snapshot’s brother-in-law, Drake’s son, and many others that don’t come to mind.  God is good, we are blessed.