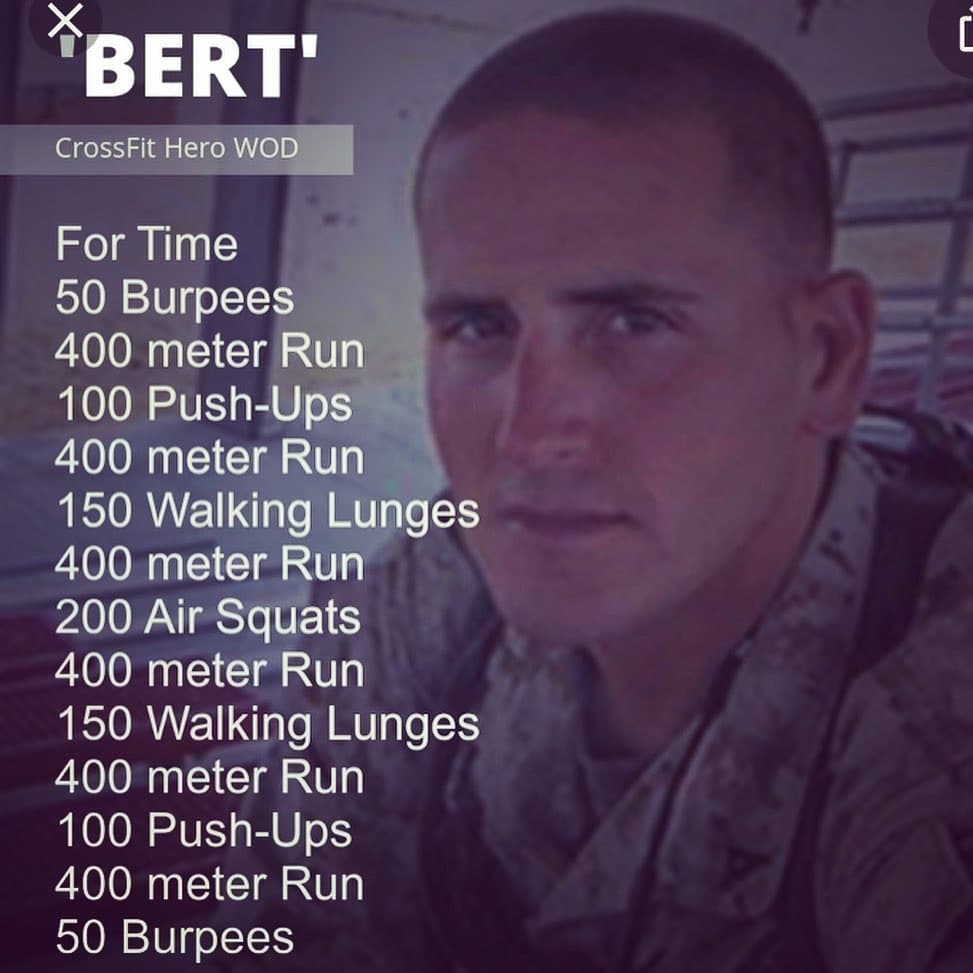 Disclaimer was shared along with the 5 core principles, and we were off for a quick mosi including NUR, Toy Soldiers, Butt Kickers and High Knees – and then to a COP including:

Mosi and COP were short as we had bigger goals to accomplish that included the Bert Hero WOD as shared by Hello Kitty in the F3 Nation Slack channel.

He is survived by his wife, Stephanie Palimino; parents, David and Juliet; and sister, Cori.”

The intention is to complete the full WOD for time, but we modified and pushed one another to conquer as much as possible in the 40-minutes available.  The men pushed hard, and even better, pushed each other just as hard!  Great work men.

With the turning of the year, many people use this as an opportunity to make a resolution to change, but we know what happens to resolutions EVERY YEAR.  They fail.  Not only do they fail, but we never go back and reflect on WHY they failed, we just accept the failure and move on.  In F3, it has been customer to NOT set resolutions, but to seek something in your life that requires additional attention and ACCOUNTABILITY and create the ONE WORD to focus on – ALL YEAR LONG.  What one thing do you need to be held accountable for and will seek a shield lock/whetstone to help you continue to accelerate in 2022?  Seek guidance from your creator, your friends, and the world around you to come up with your ONE WORD – and then share it with your shield lock/whetstone or a brother in the gloom you need to be held accountable to.  For some insight on the process, here is a link to Dredd’s (co-founder of F3 Nation) explaining his One Word last year and how he came up with one for 2022.  One Word

Always and honor to lead and be surrounding by such a great group of men!