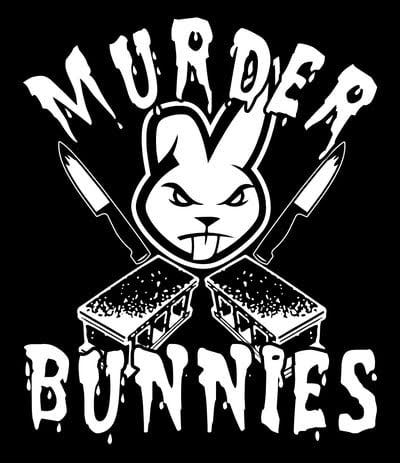 Since week 4 of Iron Pax had already been run on Wednesday at Publix, YHC offered to Q an alternate workout for those who thought doing it once was enough. That was a good idea until YHC put the Weinke together.

Chili did the core principles and disclaimer, and we all started together with a Mozi, including nur, carioca x2, butt kickers, and high knees. Then we had a circle of pain with SSH, strawberry pickers, windmills, imperial walkers, Michael Phelps, arm circles and agitators. At last, it was time to split up – Iron Pax participants went to the field, the rest of us went to the echo chamber.

If you did Iron Pax, we probably don’t need to remind you how miserable it is but in case you forgot, here’s the link to Wednesday’s backblast with all the gory details. https://f3suncoast.com/backblasts/murderous-bunnies-pic-week-4/ I have it on good authority that it’s no better on grass.

For those of us who thought we were being smart by heading to the Echo Chamber, we had a starfish workout ready. The concept is simple: start in the center of the rink, do an exercise. Then take the mode of transportation to one of the other face off dots on the rink, do another exercise, take mode of transportation back to the center, and do the exercise for the center again. Rinse & repeat until you’ve done this with all four of the face off dots. Here were how the sets broke down:

After round 5 we had a few minutes for a Round of Mary. It didn’t get any better. As 8:00 hit, we headed over to the field where the Iron Pax was finishing up. Pyro, taking a cue from YHC on Wednesday, broke his brick at the end. The more of those things we can break, the better. Post-beatdown Chili made a comment about leaving the coupons at home for a while. Hopefully he has the same feelings towards AC/DC.

Chili wrapped up his discussion of Jude 20-25, as he’s been doing all week.

(Note: Wile E. Coyote was also there, but technical difficulties prevented me from entering his name above. At least he can sue Bing over that since it’s never been part of the disclaimer.)