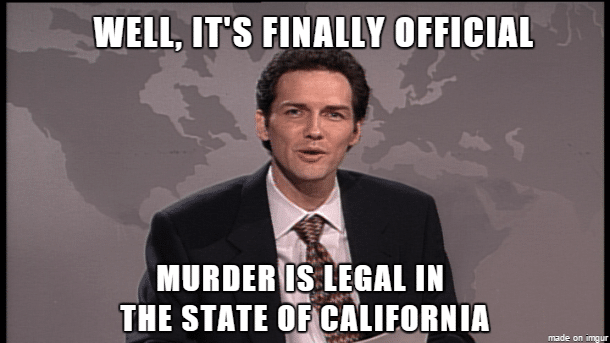 No FNGs were present, so YHC did the usual uninspired core principles and disclaimer. They all were out there but you all know it.

We started with a 2-lap mozi (surprising some who were happy with one lap) including high knees, carioca x2, butt kickers, nur and toy soldiers. On the first lap, the pax were alerted that the Board of Pain was stationed next to one of the lamp posts. COP included SSH, windmills, strawberry pickers and hillbilly walkers. After that it was time to go over and see what the Board of Pain was all about.

As promised the night before, today’s beatdown was in honor of the GOAT – Norm MacDonald, the greatest Weekend Update anchor in SNL history, with Dennis Miller a close 2nd. YHC asked the pax what Norm’s favorite Weekend Update topic was, and was sadly disappointed with the pax’s inability to come up with the answer. Only Young Buck gets a pass since all this happened before he was born. Maybe some of the pax at University Corner would have been more useful, but it didn’t help then. The correct answer, of course, is OJ Simpson. If you don’t believe me, check out this clip – https://www.youtube.com/watch?v=6pCH_Ab6SIE – it’s 35 minutes but if you don’t have time for the whole thing, there’s a hidden gem starting at the 25.41 mark (keep watching after the bit about the shoes). I suppose you could have also picked Michael Jackson, but posting a clip of anything he said about Jacko wouldn’t be suitable for work (well, it depends on where you work) and YHC had to be cognizant of the fact that our nantan once played nothing but Jacko songs during a workout a long time ago, indicating some kind of strange fandom. Draw your own conclusions.

The Board of Pain revealed a 3:44 workout, which actually fits with Norm’s style of comedy quite nicely. There are a total of 9 exercises on the Board, divided into 3 groups of 3. Every exercise gets 44 reps per round. Do the first 3 exercises, then run 344 yards (which in this case happens to get you to the corner behind LA Fitness and do 3 burpees there. Then run back, do the first 6 exercises (repeating the first 3), do the run/burpee thing again, come back and do all 9 exercises and finish with one final run/burpee combo. To commemorate Norm’s fascination with OJ, the first letter of the exercises going down the board spelled out “OJ SIMPSON” as follows:

Appreciate the pax’s support of my stupidity. Until next time…