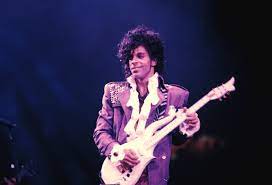 YHC arrived at 0455 to find one car in the parking lot…..Goob was off running somewhere.  YHC proceeded to set up for today’s Q by placing the appropriate AMRAP signs in either the Echo Chamber or Under the Pavilion.  As YHC was setting up the slow trickle of headlights started to fill the AP parking lot.   No new faces but some faces that haven’t been seen in a while…..

At 0515 YHC stated the 5 core principles and led the pax on a two lap mosey around the AP parking lot.  Mosey consisted of High Knees, Butt Kickers, Nur, Carioca to both sides.

The PAX then circled up for COP in the parking lot.  COP consisted of the following exercises all done IC

Pole Pullups-Find a support beam in the pavilion, place your feet at the base and hands around the back…lean back and pull yourself forward to the pole

Rinse and repeat until time expired…..

As time expired on the first AMRAP, YHC instructed the PAX to grab their water bottles and head to the Echo Chamber for the 2nd part of Leg Day.

Once in the echo chamber, YHC reviewed the 2nd 19 minute AMRAP

Prior to the start of the 2nd AMRAP YHC announced that on 6-7-1958 one of the greatest musical talents of all time was born…..Goob stated/asked, pretending like he didn’t know,  was it Prince?  Indeed it was Prince.  The PAX was then treated to Prince Essentials Playlist for the next 19 minutes.   Some of the PAX thought based on the rhythm and beat of the music that Pickle Pounders were more appropriate than Plank Jacks….modify as necessary brothers.

At 0600 YHC called an end to “Leg Day” and told the PAX that their legs would thank him later.

Make it a great day and week.

Thank you to the PAX that came out this morning…..I enjoyed our time together.