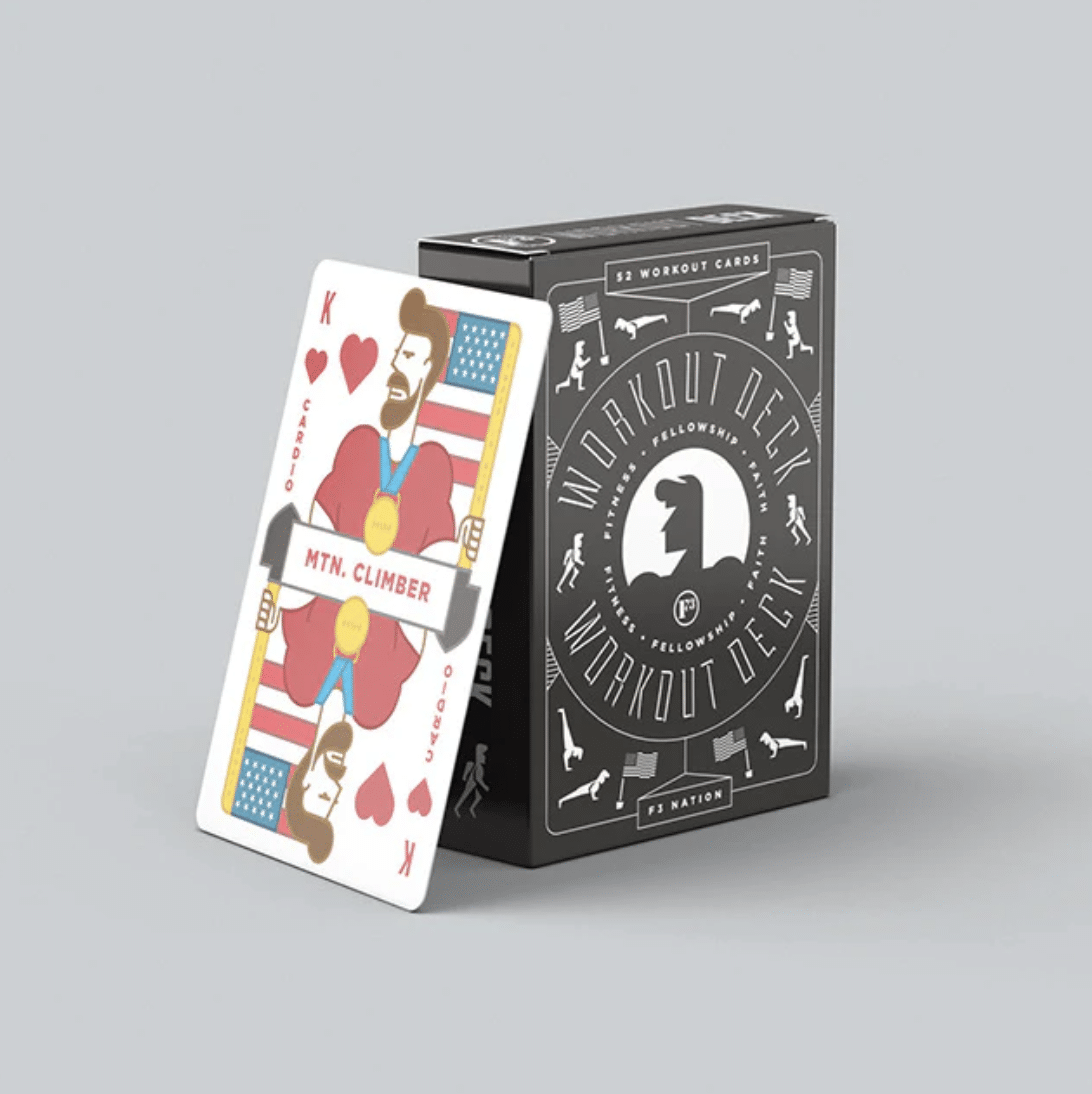 YHC owes the PAX some Q’s since this past year has been laking. It was time to dust off the F3 Deck of cards and come up with something that would put us to work. This is what was the conclusion of hours and hours of brain storming. So complicated that Olympus had a hard tome following the rules and was extremity disappointed that he couldn’t make us do German’s…YHC challenged him to step up to a Q so we could do as many as he called for in a future BD. We had a DR Guest also “Coxswain” pronounced “cox’s’n” I believe…

Joker= DBL down next draw

Prayer were done quickly so we could go support Condenser at Q source.