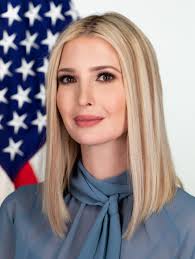 5:13am- Goob uncovered an unsuspecting down range PAX from F3Mecca in Charlotte, CPap.

5:24am- the Pax began their journey out of the parking lot and were nearly ran over by BP20 on two wheels in the minivan

5:25am- the Pax all began their journey down the road towards the playground laden with numerous land mines along the way

Cars approached as we jogged down the path so Monkey Humpers IC were in order.

We continued the jog towards the playground and stopped in the valley (prior to approaching the bridge) to perform praying LBC’s facing uphill.  We continued our journey up the bridge only to see 4 cones set up along the way.  Coincidence?  Surely not.  Cone 1- 5 single legged burpees. Cone 2- 5 single legged burpees.  Cone 3- 5 burpees.  Cone 4- 5 more burpees.  10 Incline Merkins IC were in order along the barrier wall followed by 10 modified pull-ups along the fence IC.  To the playground we go.  We decided to stop at the bathrooms to sit on the wall for 1 minute.  While doing that, the picnic tables called to Goob so an audible was called.  At the picnic tables, we performed a series of terrible exercises, all in cadence, and all were brutal.  As the sweat poured in the thick humidity, the following happened-

We headed back to basecamp.  Seeing as how we passed by cones still perfectly standing, we decided to repeat the torture in the opposite direction.  Single legged burpees in sets of 5 and then 15 additional burpees to bring the grand total of the morning to 50.  At the bottom of the bridge and facing uphill, we did modified LBC’s- opposite elbow to opposite knee, 15 on each side.  We stood up and were ordered to all out sprint to the top of the hill and not stop until reaching the entrance of NBP.  YHC, not feeling the PAX was breathing hard enough, and knowing we had a down range friend in tow, the PAX needed to run to the base of the tower.  You know what’s next.  BUT, as is often the case with Goob, there was a surprise in order.  Prior to the jailbreak, we ran a lap around the base of the tower and immediately to the top.  At the top, we noticed an approaching flashlight down the path below.  We stood firm and circled for a round of Mary.  BigMac called for Pickle Pointers, Condenser went with Suzanne Summers, and the now present guard went with a jailbreak down the stairs and to our cars (ALSO KNOWN AS kicking us off of the tower and essentially out of the park).  The first lady was on her way after all.

We circled up and shared announcement, praises, and prayers.

As always boys, it was an honor.  But for real, sign up to Q or today was just the beginning.