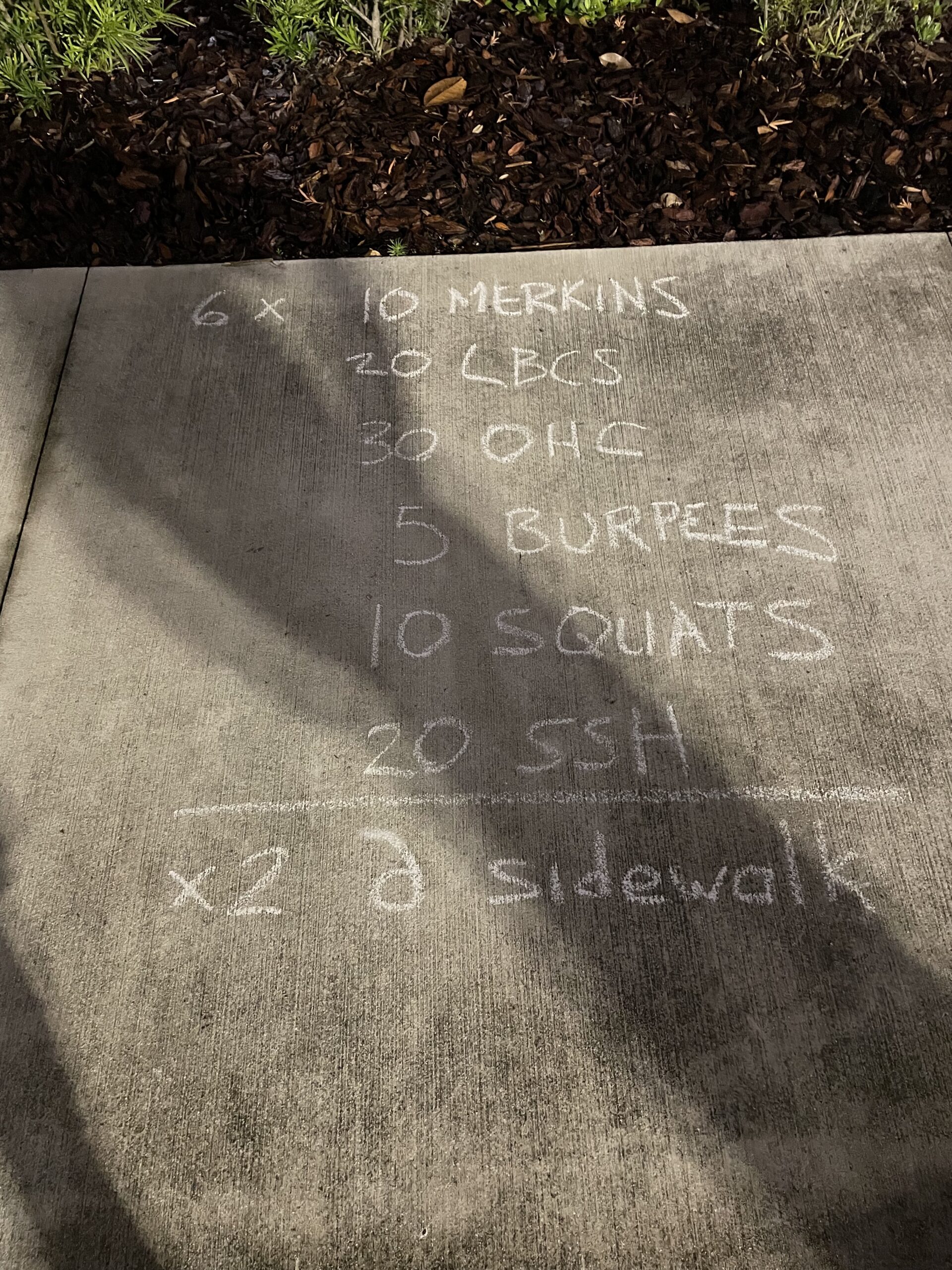 The Q expected a light showing due to the workout blasted about the other, lesser AO.  However, 9 hearty pax rose from their fartsack graves to make an appearance.  Hardly the work that Jesus did on Easter morning, but still impressive.

Based on his ill-placed expectations, the Q chose to make up the workout just as he pulled into the lot.  Fortunately, he was early and had sidewalk chalk nearby. Side note: had McGyver thought to carry sidewalk chalk with his Swiss Army knife and duct tape, he’d likely still be a #1 show, end Side note.  See the picture for the details of the workout…or don’t.  I really don’t care.  If you’re that selfish, you can roll it up and smoke it, or stick it where the sun don’t shine.  Our downrange Pax, Eileen (Come on!), from Jacksonville liked it so much he plans to re-Q it later at home so take that and shove it.

The mozy was nothing special, but the pax in attendance surely were.  Even if only to their Mommas and God, they are special to someone, even Manziel and Trump.  We also espoused the Mission statement, 5CP and Credo loudly and proudly.

The workout consisted of a series of exercises with set reps.  They would be done 6 times, one at each parking line with a double set at the far side walk.  We would run back then run a full lap of Dixieland.  10 second water break, restart the truck radio and make sure it wasn’t playing First Date music. and repeat.  Pincher felt amorous with the Billy Ocean song and was staring longingly into Bubble’s eyes, so the mix had to be changed.  SiriusXM’s Ozzy’s Boneyard station prevented a re-occurence.

All in all, it was a success.  We accelerated our fitness, had some fellowship and deepened our faith, if only for the moment we paused and gave thanks.  Well done, Gentlemen and Wolverine.