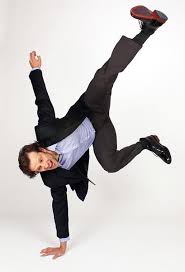 “That’s a move I’ve never heard of before,” said Airwolf quizically.  “No kidding, you’ve never been to a Ripken Q before,” exclaimed an exuberant Manziel (a downtrodden fan of the Cleveland Baseball Team).

This mantra held true for most of the beatdown.  That’s what happens when you leave the house with no plans and a deck of cards.  However, Ripken pulled a figurative rabbit out of his sprinter and burned about 3,500 calories cumulatively.

Clearly the morning started right, when the new guy, Airwolf, complained about the Dave Matthews track being too mild for his liking.  Ripken stepped it up Rowdy-style and made the mozy and COP all Megadeath…sorry neighbors.  The 5 core principles were done haphazardly, at best.  Other random thoughts were spouted, but none were memorable. The mozy was mozy-ish.  The COP consisted of 20 SSH followed by 20 Imperial Walkers…then 20 faster SSH, followed by 20 Mountain Climbers…then 20 really fast SSH, followed by 20 Hillbilly Walkers…then 20 lightning fast SSH followed by Skydivers.  The mosquitos descended like skydivers themselves so it was time for a change of scenery.

In the pavilion, Ripken unleashed the entree.  With a deck of cards at one end, and some random heavy metal crap on the speaker, the Pax moved to the other end.  One pax would Bear Crawl to the cards, put a card on his back and crawl back.  If the card fell off, he stopped and did 5 burpees (Chilipepper did 10 while dropping his card on purpose).  While this was going on, Ripken would bloviate some suitably sucky cardio exercise to keep the Pax from chirping too much.  These ranged from Mummy Kicks, Cross Jacks, Squat Pulses to Mountain Climbers, High Knees and Pole Squeezers (try to imagine this one).

The cards represented 4 exercises to be done by the number on the card.

Toward the end, we killed the random metal soundtrack and switched to a Funk track made of solid gold which really turned up the groove.  Goob was seen twerking while doing Dips.  Cavalino was doing some Italian version of the James Brown fast feet move.

Announcements for Salvation Army Xmas on 12/22.  Still need 5 more hygiene kits and cookies.  You could be the hero and buy them.

Prayers for Melinda (8-balls wife) who is dealing with Covid, Ripken’s kid issues and other things that Half-heimers has stolen from me.

As the Pax dispersed, Chilipepper stretched on the concrete and Ripken removed his outer shorts to bike home.  Stagecoach returned from his car and decided that whatever was going on post-workout, he didn’t sign up for it….even if it was free.