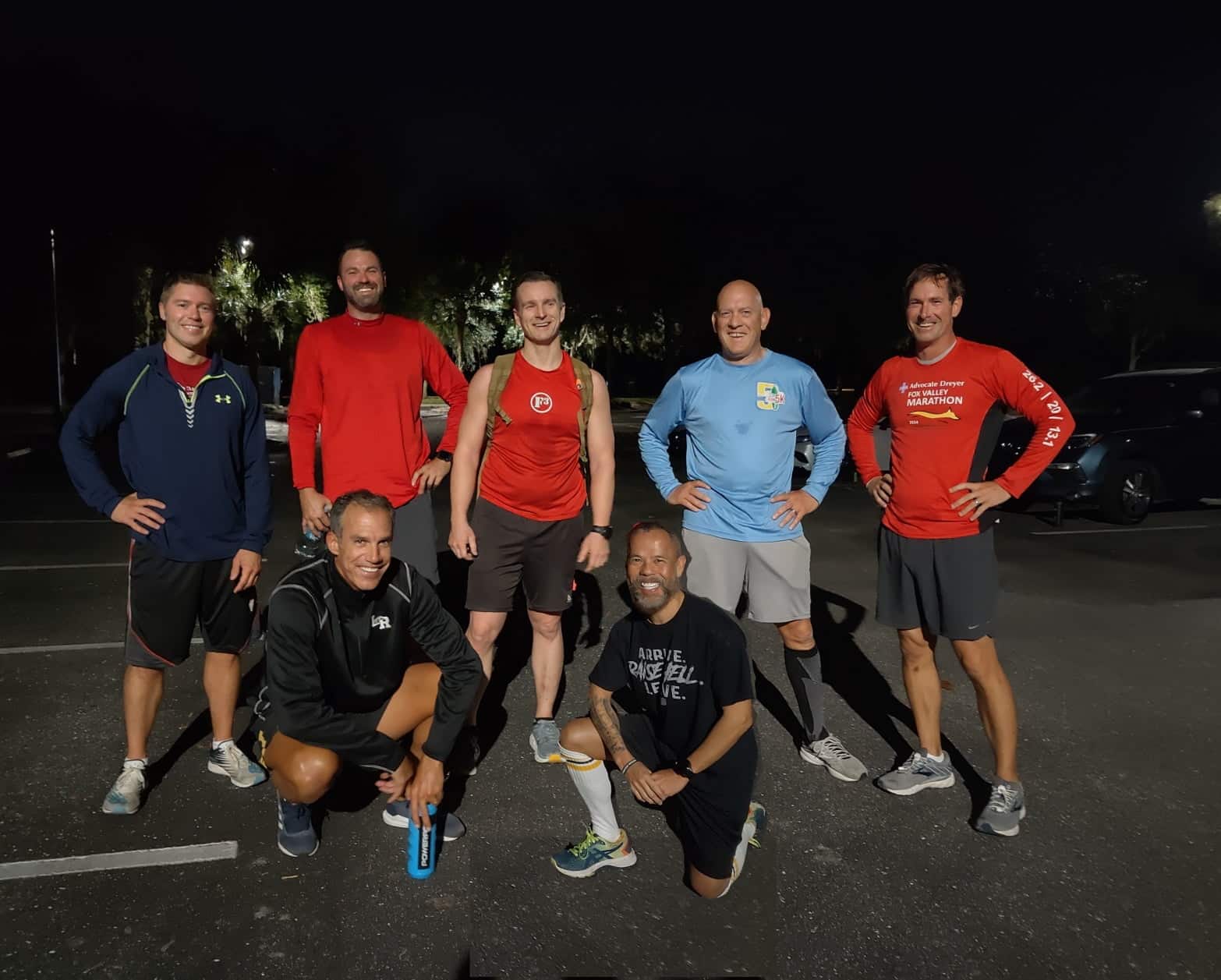 Finally some nice cool (cold for some… Lancelot) weather for an early morning beatdown.

We are a peer led non-for profit group that uses public property for its work outs.

No one is a professional and everyone should work out to their own ability and comfort level.

Please modify as necessary as to not get hurt.

Open to all Men

Ends in a circle of Trust

The Thang began with a mosy around the parking lot pointing out along the way the 4 stations that would be used during the beatdown.

Shout out to Crabcakes for the beatdown idea as I stole most of it from his VG last year. 🙂

There were 4 stations and there were 4 exercises at each station with increasing number of reps.

Reminder about the Wild Pax and Super Hero 5k