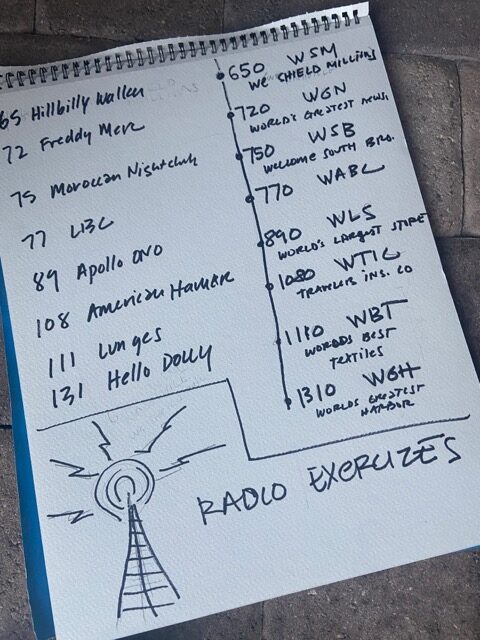 What would Tuesday NBP be without a loop around the parking lot, and out to Cattlemen. Regular, Nur and Dillards and Tower karaoke.

A simple round with about 15 or so Strawberry Pickers, Windmills Abe Vigoda Style, Imperial Walkers and something else.

The idea. A modified DORA using the numbers of  the radio dial. Paired up, we would do exercises related to numbers on your radio dial minus the zero, so 720 on the AM dial became 72 Feddy Mercs, for instance. A note to the young folk like Steel; the old radios in cars had no space for the zero, so stations were always expressed as two digits, not three. Since its Smurf, its AM only baby.

Exercise ladder was as below; in parentheses is the station call letter derivation.

We followed the Dora, which was in pairs, with an individual 7’s with merkins and balls on wall option on the stairs up to the first landing, or around the tower base.

Pax did a round of mary.

Thanks for health, and being there. Prayers for our vocations, and for Snapshots brother in law and sister.