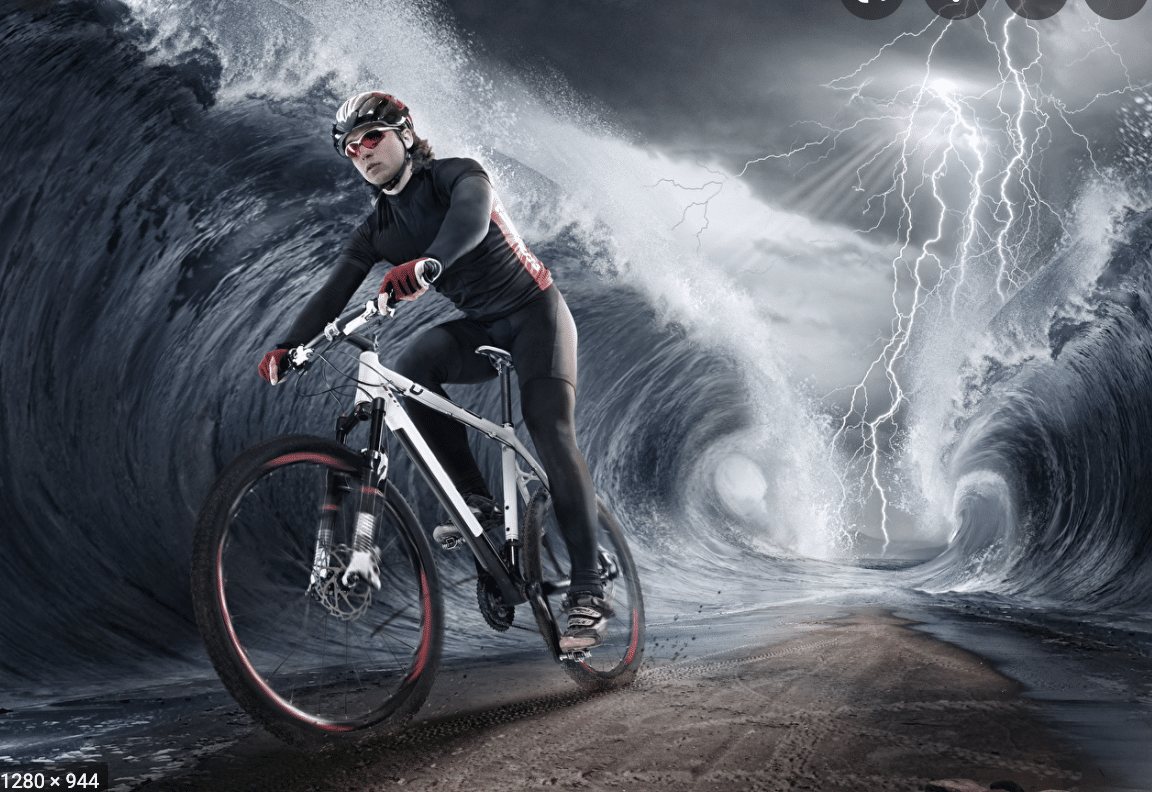 At 5;00 a.m., Pincher and YHC set out for a little EC in the gloom.  About 6 miles in, we saw another rider.  We figured it was Pudge based on our spidey-senses and the general location of the interaction.  However, we were unable to catch said rider and concluded it must be someone faster.  However to our surprise, at the turn, Pudge appeared.  We rallied to catch him and proceeded to finish about 18 miles of EC work pushing him to ride a bit faster than he planned.

Arriving back at Wawa right on time, we learned that Enron chose his pillow (or work or ?) over his bike, and YHC picked up the Q.  With the first Tuesday of the month typically being hills, we did hills at Linger Lodge Road…genius.  Upon turning around, we noticed that we were racing the wind to beat a storm that was coming north quickly.  Pudge realized his house was likely already under siege, and being the HIM he is, ran the other way, letting him family fend for themselves.   Actually a smart move, and Smarty Pants gave him a ride back home.

On other notes, Tooth Fairy looks to be gaining on Pincher’s hill climbing prowess, there were two deer encounters, and Cottontail and Smarty Pants will both need new bike kits soon as theirs are getting baggy from losing some inches!

Announcements: 9/11 workout is on, Wildpax will be awesome.

Prayers for Pincher’s M, Ripken’s daughter/son, Sniper’s absence, guys headed to WV for Ragnar next week and Bing’s bed…let it not be so comfortable.