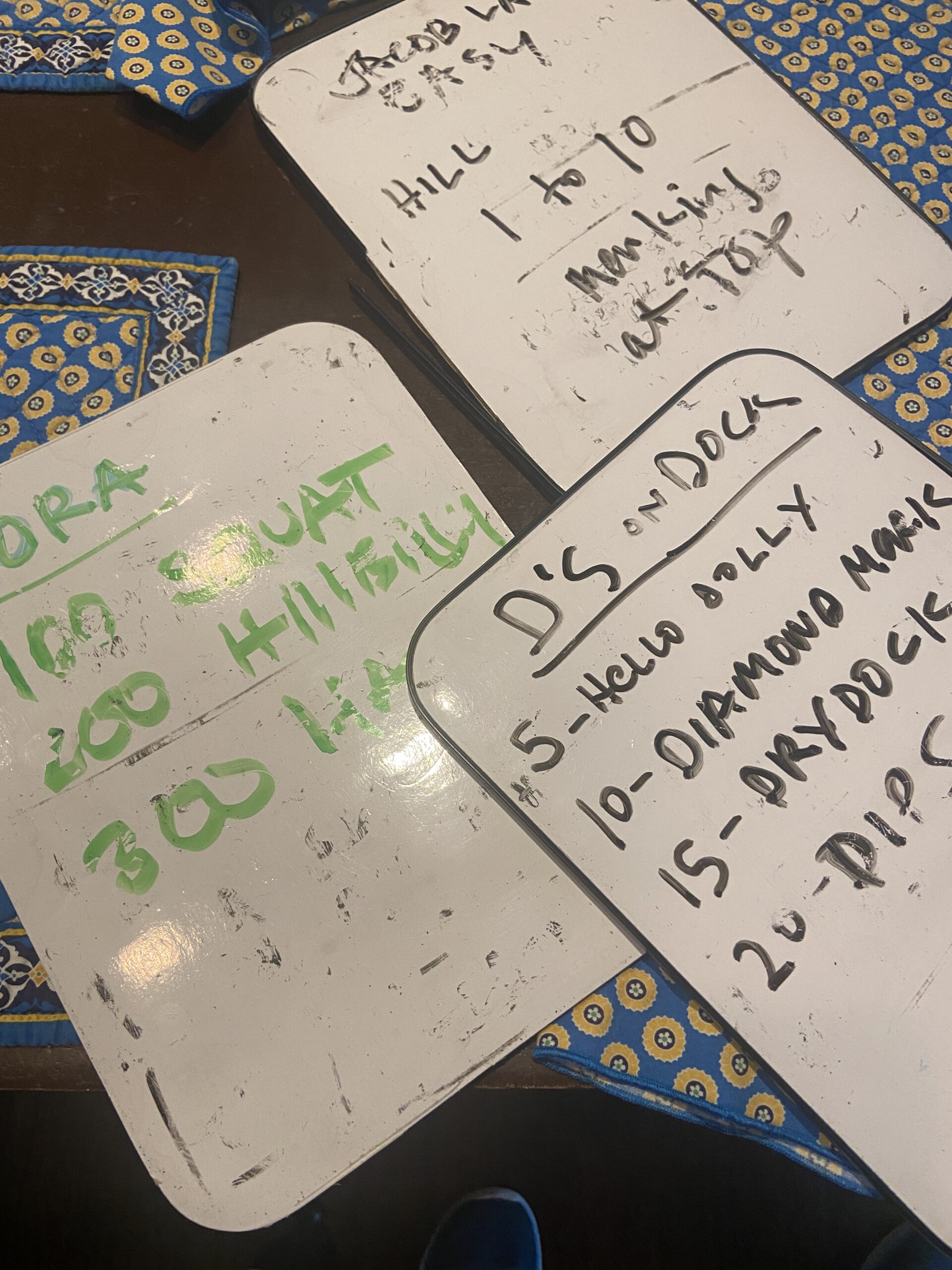 Yours truly pulled in at 5:10, five pax were there waiting. Weather was humid and no breeze. After five principles and disclaimer, went on the basic Benderson Loop Mozy. First, past the curb, then over the first bridge, karaoke to right, left  to Dillards and the tower, and nur.

We went immediately down for warmup at the tower, though since there were no FNGs, we made no attempt to scale it. Circle time was the usual Sidestraddle Hop, Windmill, Strawberry Pickers and a new trick, Sun Kings, which are basically hand extension twists. Not sure what F3 I found it at.

We had three features for the day. Smurf brought out the dry erase pads from Dollar Tree.

First element was a Jacob’s Ladder on the hill. Because of extreme pain from Monday Dixieland workout, there was no burpee at the end. Instead we ran the hill, and counted from one to ten with merkins.

Second element was an appreciated Dora. In pairs, there were 100 squats, 200 Hillbillies and 300 of something that I have totally forgotten, but surmise looked like LBCs.

Third element was an abbreviated step up series. Because of time we did these D’s named exercises in a row, rather than in an escalating fashion. 5 Hello Dolly, 10 Diamond Merks, 15 Dry-docks, 20 Dips.

After that, we had about five minutes left. The group did a quick round of Mary and we were done, except Rapino I think had to help me find the iPhone!

Prayers were for Haiti, the people and service members in Afghanistan, and all those working in schools and government. Exceptionally grateful to be able to be there, and healthy, in a free country, with so many blessings. Amen.

And then we were out.