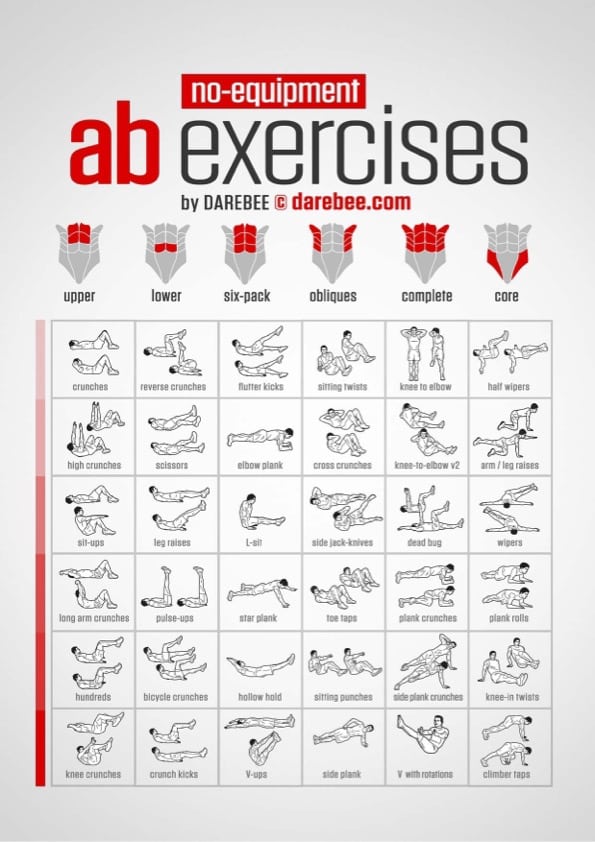 With that in mind, YHC decided to take on the toughest AO in the whole region.  However, with a bum foot it was destined to be a 0.0 beatdown.  Creative juices flowed and it must have worked.  After 2 days, abs are still screaming.

After the Mission statement, 5 CP and credo were shouted from the rafters, we did a quick 3 exercise warm-up…SSHs, Windmills and Agitators.

The beatdown was 36 Ab exercises covering all parts of the core.  There were 6 sets progressing from “This is for sissies” to “WTF” level.  After each grouping of six exercises, all for one minute each, then we had one minute of SSH’s to jack the heart rate.  All in all, about 1,100 ab reps were performed by all.

By the end, we could barely get off the ground.  It was a combination of ab waving a white towel, a serious flop sweat and rears that had been ground into hamburger.

Announcements: Family Beach Day on June 18th @ Coquina Beach, Volunteer opportunities at VMA on July 18-20, and a triathlon for newbies on 8/21.  Lots of good praises, prayers lifted up.  Pudge, Mrs. Doubtfire, Lancelot, and others not remembered.

By the way, I let the HH guys no that I will never again come to a beatdown at HH.  I will, however, come to a workout in the same location if it has a badass name to go with its reputation.

You, like me, have been Freed to Lead.  Just do it!