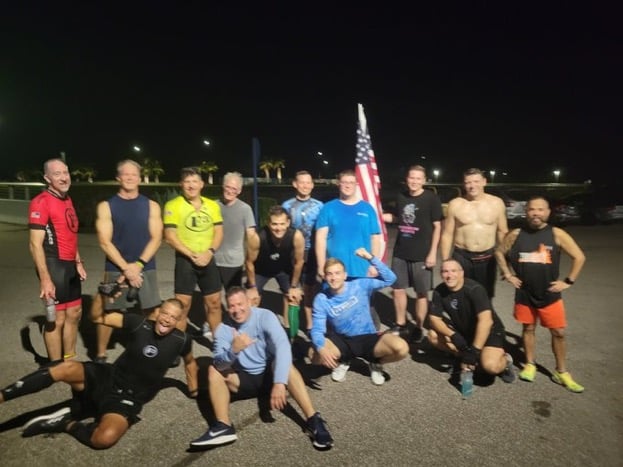 A loop around the two bridges to the parking lot, with usual nur and such. Warmup was the usual Strawberry Pickers, Windmill, Imperial Walkers and Sidestraddle Hops. Smurf does that each time.

The idea was to look at the totality of Proverbs, and often overlooked book of the Bible. Filled with wisdom, humor and reality, it is truly Solomon’s genius. A deck of cards had some of those Proverbs, some wise, some saucy. The teams divided into groups of three. Each of the six light poles had five cards on them, corresponding to an exercise, and a verse. Groups did the five exercises and read the proverbs, and moved to the next one. The number of exercises corresponded to chapter. Time filled up until 5:55. Exercises were the below:

The verses included some of the following. Q picked the King James version because they were often saucier:

We headed back to hill for quick round of Mary. New FNG was from D.C., Lombardi. Welcome to Sarasota, and thanks for EH Pudge.