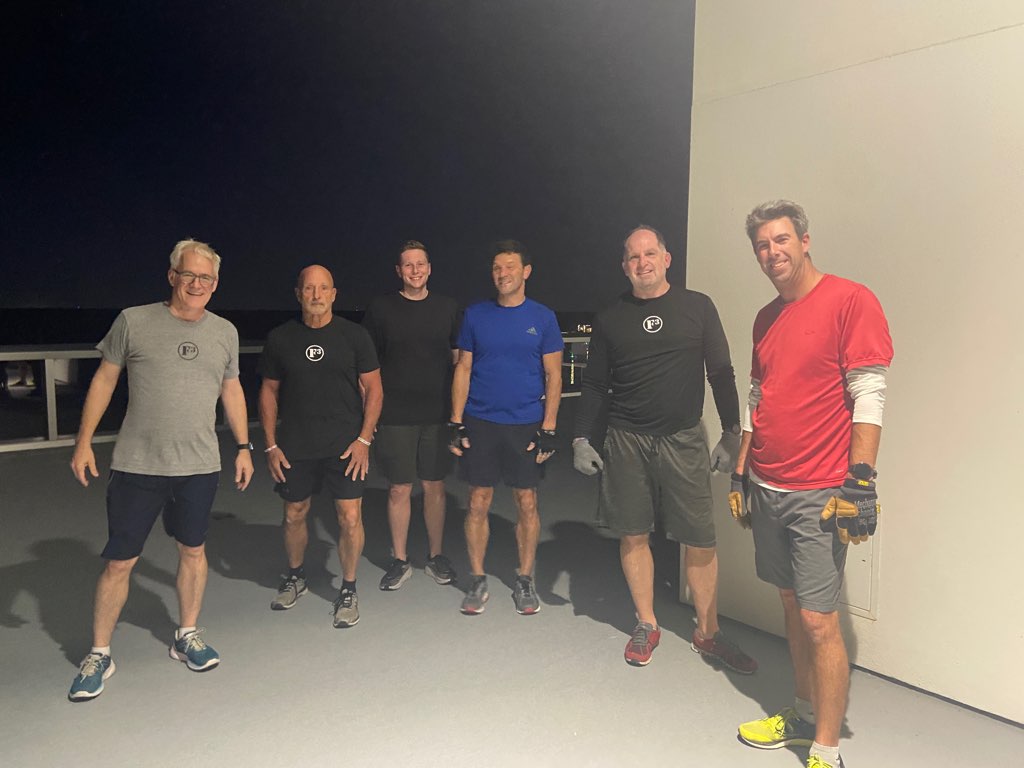 Gathered in the cold. It was like 55 degrees. We had three downrange visitors, including Sugar from Georgia, Puddin from NC and Elway from F3 Naperville.

Started with five principles and disclaimer.

We began with a mozy out to Cattleman Road and back to the parking lot. Led the group down to the tower as we had half of our pax as downrange, and they had to do a tower run sometime.

Started with the usual warmups, including Strawberry Pickers, Windmills, Imperial Walkers and Moroccan Nightclubs. Then did the old man leg stretches.

There were three sections to the exercises, all on very worn Dollar Tree white boards. They actually hold up well for all of their misuse.

There were three elements, including a ladder, a Dora and Sevens.

Dora we divided into groups of two, with 100 Merkins, 200 Mercurys and 300 squats. We then did Sevens, with Star Jumps on one end and Bobby Hurleys on the other. This caused leg pain. The Ladder was 10 overhead claps, 20 squats, 30 LBCs, 40 American hammers and 50 flutter kicks. That pretty well filled up all but 10 minutes, which meant that there was a run to the top.

At the top, we did round of mary, with a particularly painful thing from Puddin that is best left forgotten. Afterward we did a balls to the wall photo, which was too dark. We did get requisite group photo and name-a-rama.

Smurf, Sugar and Elway followed with coffeteria at Wawa.