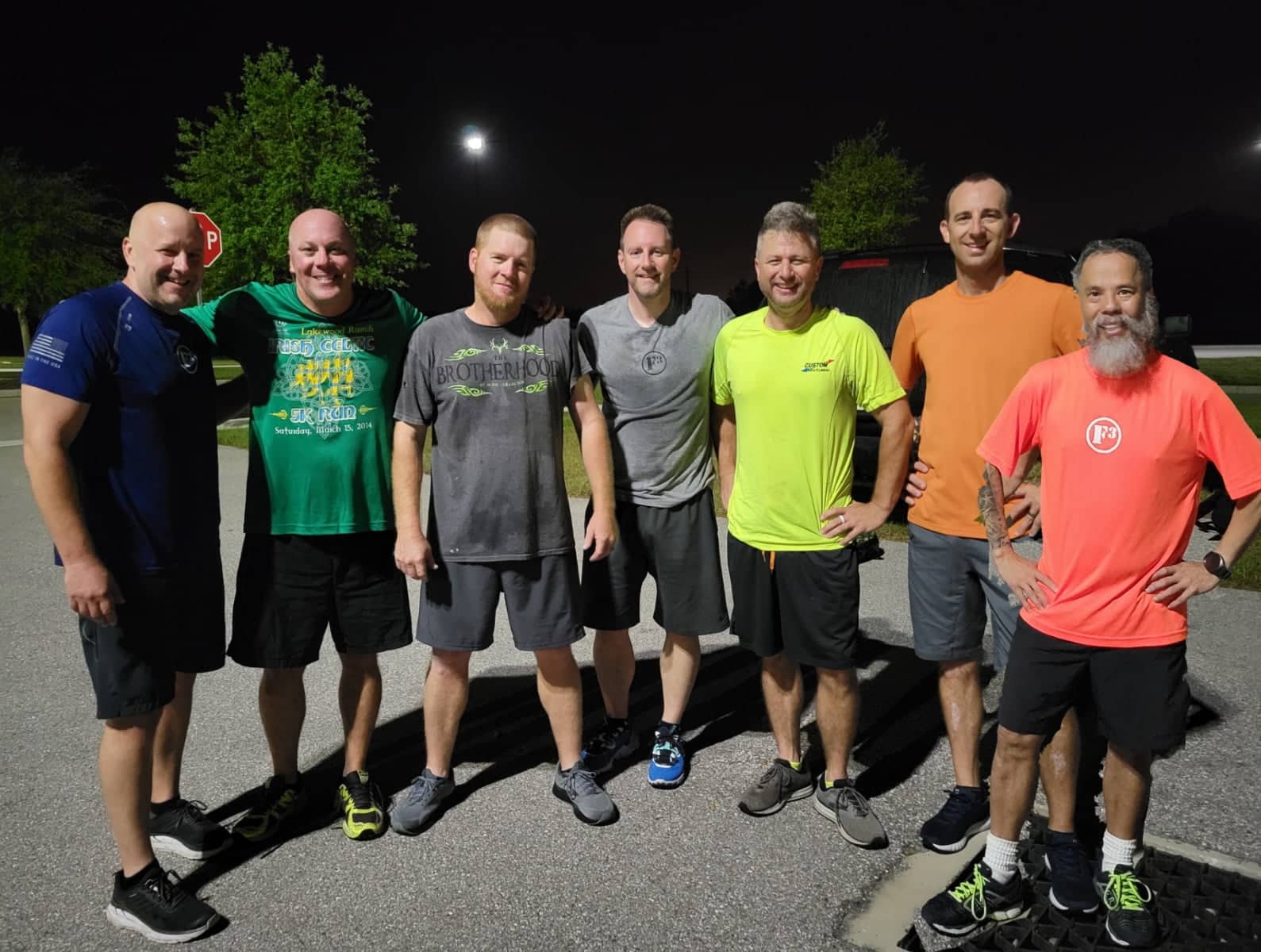 Welcome back Slater and Diesel, we’ve missed you. Welcome back Hard Hat to your second post. And welcome back CPap for another downrange post from headquarters.

Started off at 5:15 without the guy, Hard Hat, who who inspired the return of Diesel and Slater. But we cut him some slack and ran away from him during the warmup Mosey when he finally showed. Good thing because Diesel and Slater were now thinking I was makin’ the whole thing up just to get them out. Which I would if that’s what it takes, because I love them.

some SSH and imperial walkers, more icm night clubs and basic stretching to get loose after the mosey. Then on to it….

Taking turns, two at a time, the pax would move one 60 lb sandbag and one 30lb rucksack around four loops of various length in sequence of shortest to furthest. The remaining pax would complete AMRAP of exercises. When the coupons returned to the start the pax who carried the sandbag selected the exercise until said bag returned once again.

after 25 minutes or so of that I experimented with an exercise competition for hat I dreamt of whilst coming down off benderson tower looking south down the lighted “runway”….

Starting at one end of the parking lot we split into teams of 2 or 3. It was a race down and back, but at each intersection there is a red light that prevents the team from moving forward until one of the pax and the team completed and exercise. The exercise of choice of course would be burpees. The reps increased by one on the way down and decreased on the way back, repeating the count at the end.

it was so much fun we did it twice. Then the losing team had to do burpees as punishment as did the winning team because they had 3 pax compared to the other teams only having 2. And the other team, being the HIMs they are, weren’t excluded from that either.