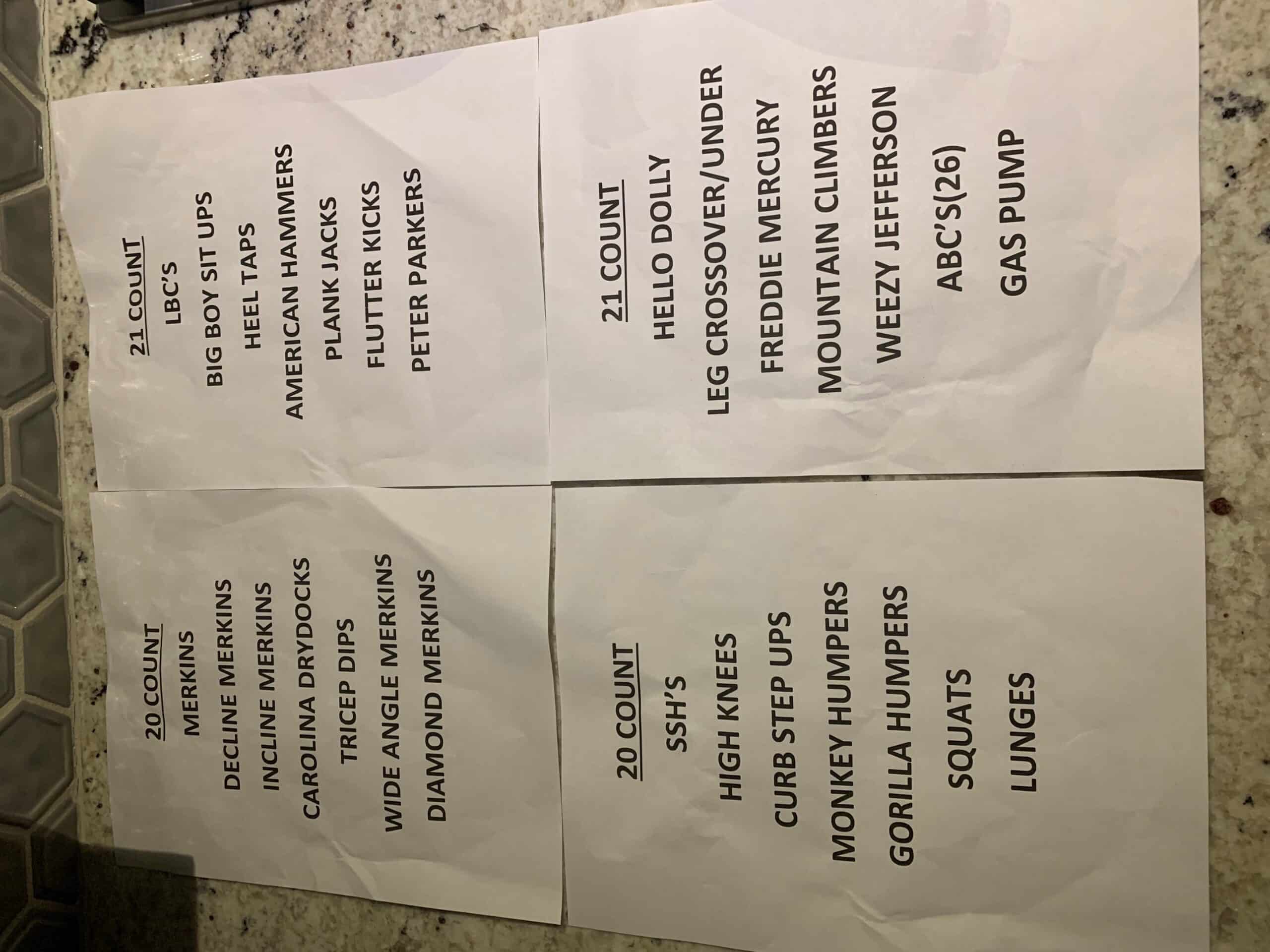 YHC arrived at 0500 and noticed Stagecoach getting in some extra credit miles….YHC cautioned Stagecoach not to overdo it with the running….

At 0515 YHC reviewed the 5 core principles with a focus on “led in a rotating fashion” YHC encouraged the PAX in attendance to grab a Q during September.

After the core principles were reviewed YHC led the PAX on a 2 lap mosey around.  Mosey consisted of Nur, high knees, and carioca to both sides.

Al Gore Waterfall…..this might have been a mistake with Cavalino in attendance apparently he doesn’t feel pain in his quads or hamstrings

4 corners routine.  The groups of exercises listed in the pictures above were placed at 1 of 4 corners.  PAX were instructed to complete the number of reps and corresponding exercise and then run to corner 2 complete # of reps/exercise, then repeat at corners 3 and 4.  Each time around the PAX would move down the list of exercises and complete that exercise and appropriate count.  PAX continued this until 0600.

Prayers for Mrs. Doubtfire and his family on the loss of his father

Prayers for 2.0’s and the struggles that they have endured over the last 18 months and continue to endure today

Prayers for Mr. Clean and his M.

As always, it was a pleasure to start my day with you men.