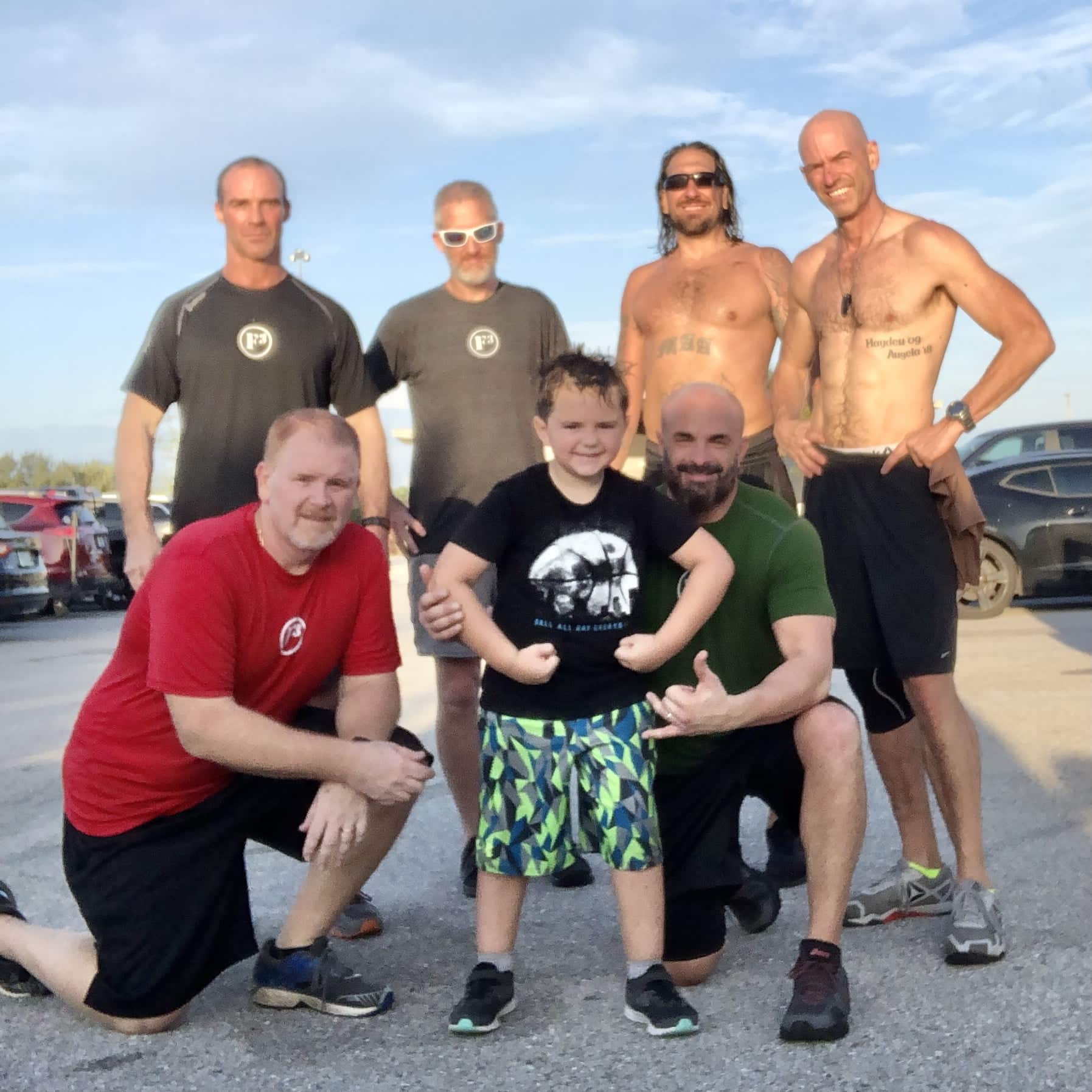 The Thang : Partner up for a DORA

(Overhead clamps until the 6 was in)

Then down to bottom for another DORA: one guy runs the up the hill and back while other performs upper body blasts: 100 tricep dips, 100 flutter kicks, 100 decline Merkins, and 100 American Hammers (Overhead clamps until the 6 was in)

Cool Down: F3Sailview visitor, Anvil,  from NC contributed a set of combined Merkin planks until we reached 100, also added a single leg dip and pivot exercise, Moroccan night clubs were then prescribed until our arms were numb, Backdraft added a set of LBC’s, and Rowdy finished things of with Navy Seals.

Praises: to F3Suncoast team for raising over $500 to laps for life pregnancy center support. Rowdy gave the most with a generous gift of $288 for the cause.

Prayers: for snapshots brother in law, David, who was recently diagnosed with type B Lymphoma (treatable cancer)