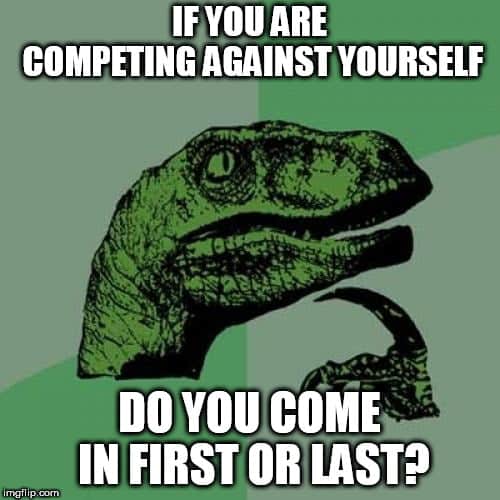 Well, technically Olympus was taking part. Everyone else was standing around, hands in pockets, watching him do 100 burpees.

After that slow start, we got warmed with the traditional F3 mosey and stretches. YHC explained the first part of the workout, but had to keep at least one secret. Here’s how we started:

Each PAX had a piece of paper to write down their total scores. For example, YHC had 12 suicides, 60 merkins, 75 LBCs and 65 squats.

What was the secret? We would repeat this round of exercises several more times. The goal was to do better than our first scores. In essence, we were competing against each ourselves.

To break things up in the middle of the workout, we did one lap of the parking with arms, abs and legs exercises at each corner.

This beatdown idea was a success, even if we can’t repeat it often. As Mr Clean pointed out, the first part has to be a secret – if you know what’s coming, you can write down some super-low scores after the first round.

We even had a larger group stay after the beatdown for a few more MABA burpees. We’re never competing against anyone else at F3, only ourselves.