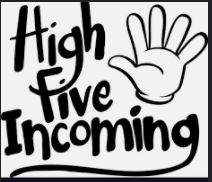 YHC arrived to find Spinal Tap out for some early EC. As other PAX trickled in it was apparent that this would be a much smaller group than usual.

Commenced with the introductory formalities and revealed the plan. PAX paired up (Enron/Crabcakes, Airwolf/Cottontail, Fireball/Spinal Tap) and chose either the big loop or small loop from the figure 8. After a short warmup run to the fountain, the pairs began running in opposite directions on their chosen loop. The idea was to push hard until you met your partner again somewhere on the loop, high five on the way by, and recover until you met them again. Rinse and repeat. All PAX got in multiple loops and arrived back at the parking lot 6:05ish. Overall a good workout and may be a keeper.

Spinal Tap – family dealing with passing of his grandfather

Fireball – Baryshnikov moving back to Raleigh

Natural disasters in Haiti and the loss of life there

Beautiful morning with a clear starry sky, cool meteor on the warmup, and driving back over the bridge seeing the sky begin to brighten in the east, still feeling the endorphins from the run – reminded me that we are truly blessed to live in such a beautiful place and that I am thankful for the brotherhood of F3.