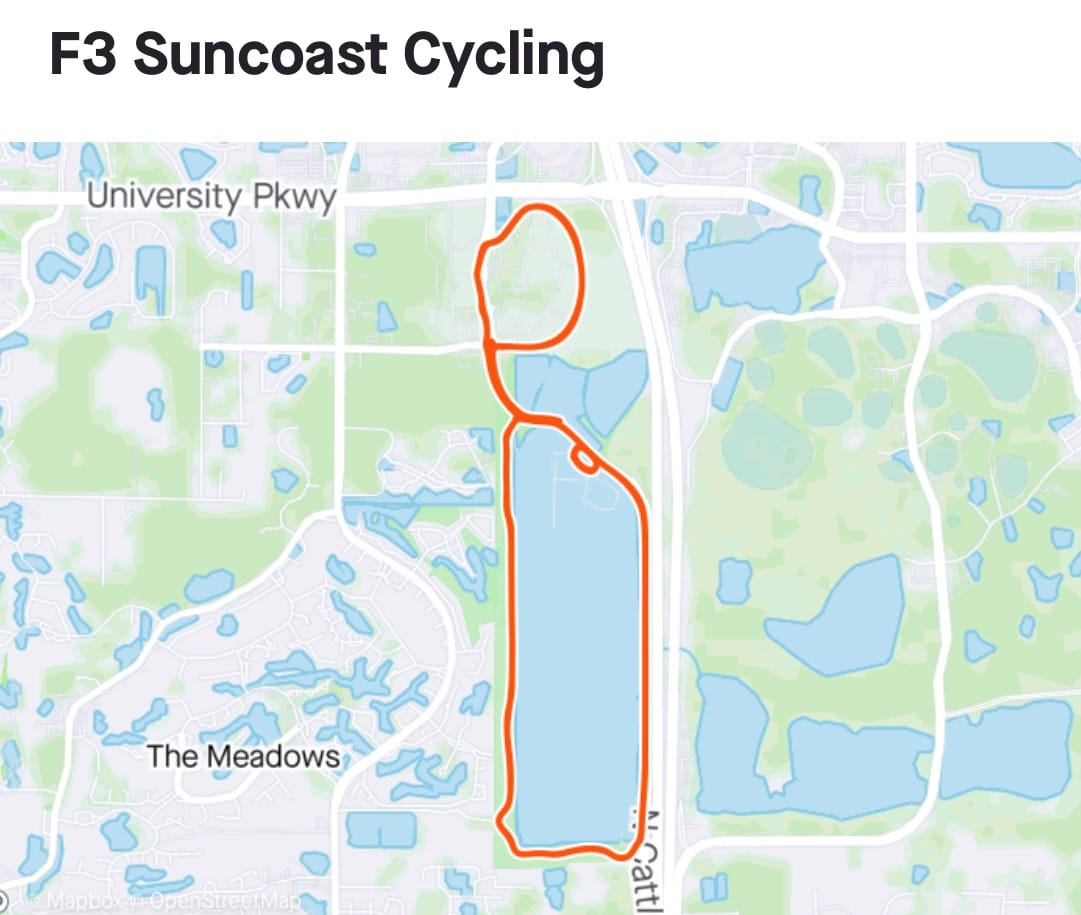 Another Friday gloom rolls around, and the cyclist numbers were a tad smaller than usual, partly because many of them are hanging out in the WV woods this weekend for Ragnar Appalachian.

After suggesting a mall loop, and gracefully getting shut down by the Q last week, being told I wasn’t Q and could make the suggestion when I was Q – today was the day.  We started by heading north around the well lit mall road and then back up Cattleman all the way around NBP.  The northern loop afforded more time for Mr. Security Guard to open the gates of NBP as they were not open as we passed the first time.  The group split a bit with Cornhole towing Crabcakes around as he was unable to change gears on his bike…clearly hasn’t been riding enough as he finally figured it out at some point in time.  DeFib hung with YHC and Enron and enjoyed a quicker pace and some drafting for the nasty headwinds.

After two laps around the lake, we headed for one final mall lap and some laps around the tower lot to end in time for COT.  A good push and it was great to see Crabcakes shake off the cobwebs of his bike (and gears).  I hope we see this again soon!

COT was led by Brutus so I will defer to his announcements and prayers/praises.

Always a pleasure to lead this group of HIM!