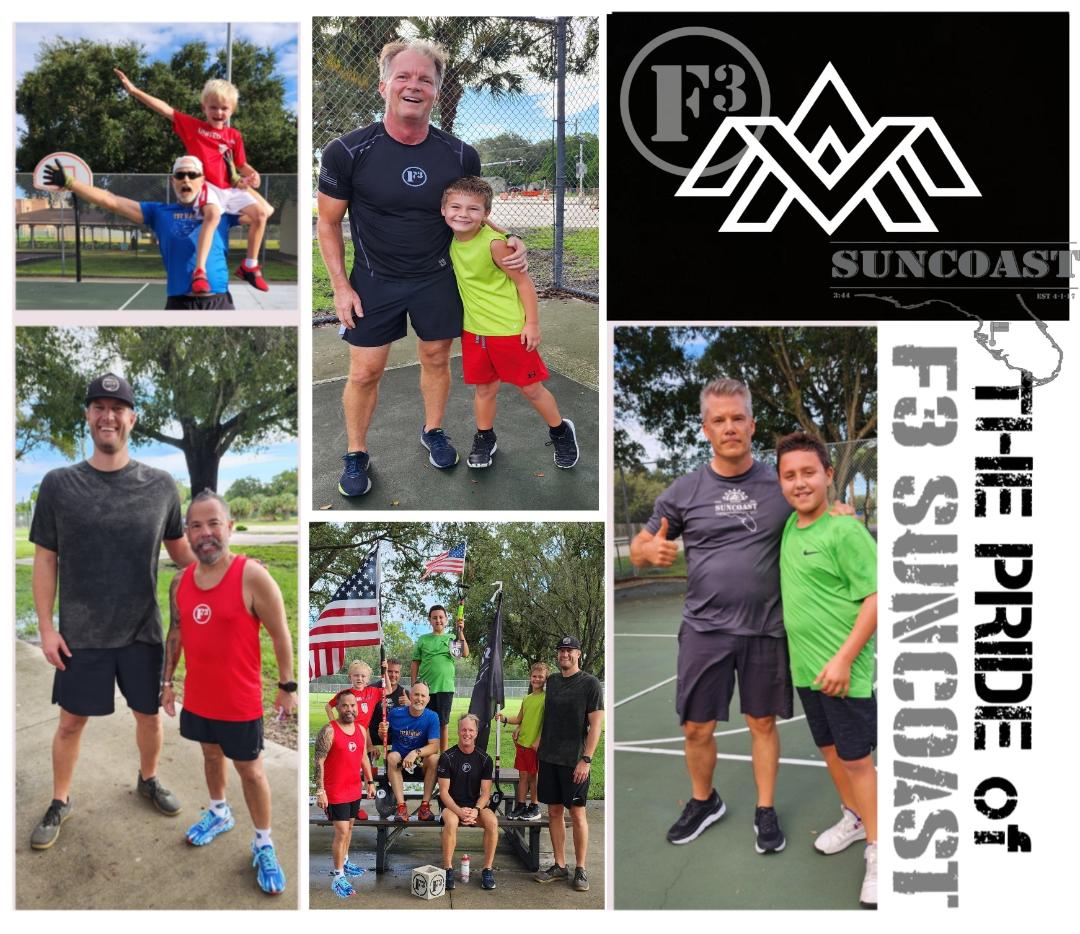 Arrived early, scouted the area, Grass and fields were wet, many puddles and standing water along the parking lot and vicinity.

As Pax started arriving, I observed who they were, so I can make a decision on which beatdown to execute and how to modify for those in attendance.

As we circled up, welcomed all, started with the obligatory disclaimers and Core Principles of F3 Nation. Wolverine’s arrival surprised us, so we started warmups with Michael Phelps, Arm Circles, Good Mornings, and stretches, Finishing up, unbeknownst of the others, with 52 SSHs. in honor of our Birthday Brother Wolverine.

I got word, that some liked to run (Hoverboard and Dog Sitter) so we headed out on our Mosey, along the sidewalk over to the adjacent school parking lot, however upon the arrival, realized the gates were locked, so we headed back.

As I was new to the AO, as a Q, and knowing the 2.0s came with SeaLion, I partnered the pax with those who are unfamiliar.

Threw down 2 decks of cards in the center of the court, started the 80s Music and proceeded to The Thang.

With this, it provided time to get to know each other, explaining to the 2.0s that as we become better acquainted with your fellow brothers, we start feeling more confident and feel less intimidated by them, hopefully igniting the fire within ourselves to become more motivated and passionate with our work-outs.

With time counting down, we circled up to do a Round of Marys to close out our beatdown.

No FNGS, Count off of 8, Namarama

Thank you, as always Blessed & Honored to lead. – Lancelot

We began with five principles, and then a warning and disclaimer. Because the Nike cones were new, they came with their own disclaimer by Nike! So Papa Smurf read that.

We started with Mozy around the parking lot. This time we went through middle drive thru lane of bank. This followed by usual Strawberry Pickers, Windmill, Imperial walkers, etc.

Idea was to have four different suits, heart, diamond, club, spade. Each exercise would correspond to a number. So you had to run to the suit corner to do the exercises. Each time, we did 20 exercises. We split up into groups of two, except for Q who got to go with cool team.

It was noted the age of the cards. They were gleaned from someone in family’s Bicentennial trip on United Airlines. That would mean they were likely given out on a DC-8 or some such archaic aviation equipment.

We then did a quick run of 11’s. Smurf was pointedly pointed out to that an incline merkin and decline merkin on a tiny curb were really over 100 pushups. Always substitution allowed.

Prayers for pax missing, and our daily lives. After that, we went over to Panera for some coffee.